Yarmouth-Greely dropped a wild, physical game by a score of 5-3 against Mt. Ararat/Lisbon.  The Junior Varsity Boys continue to improve and compete in the JV Hockey League and are following the same path that led them to a Wakelin Cup Championship last year.

Yarmouth-Greely jumped to an early lead on a nifty, short-handed goal by Avery Sevee, but Mt. Ararat battled back to tie the game.  Justin Veilleux then scored the first of his two goals to put the Clippers back in the lead, but again Mt. Ararat tied the game. 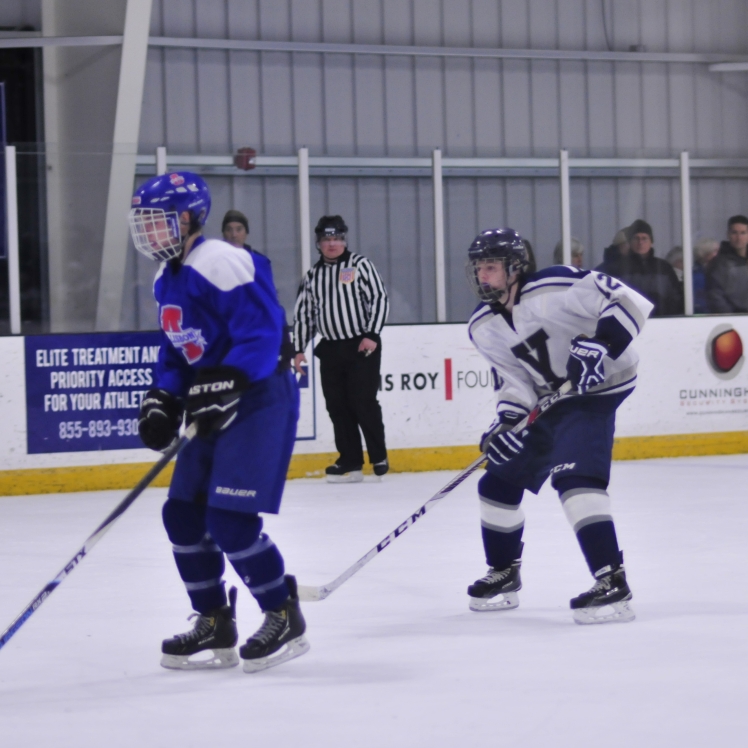 With the game tied 2-2 late in the second period, the Yarmouth-Greely incurred a costly major penalty that led to two power play tallies and a two-goal deficit.

In the third period, Mt. Ararat extended the lead to three goals, but Justin Veilleux scored his second goal of the game for the 5-3 final score.